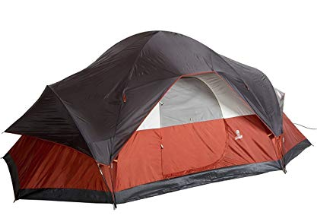 Best Dog Camping Mats Your Dogs Will Love You For

A Look Into the Best Sleeping Pad for Side Sleepers

Families that camp together, stay together. And when two families camp together and share the love of the Great Outdoors, friendships and lasting bonds know no bloodlines. 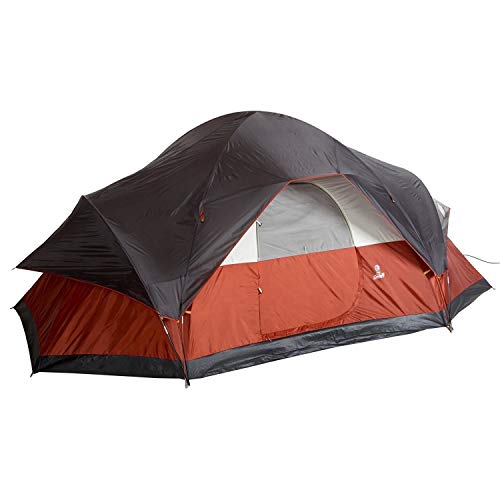 Looking for more tents? Stop by our Best Tents for Camping With Dogs article.

One of my best friends from high school is a forever camping buddy of mine. We spent many a summer vacation during our teens taking my old Ford pickup truck to any and every campsite we could reach. I’ve never met a more relaxed and hilarious road trip partner or camping buddy and I never will.

As the years went on, we stayed close but families and job stresses cut into our friendship time on the road. It’s one of the troubles of growing up – you want so bad to do it until you realize how it fun it was before you had. We’d always talk about next weekend or the weekend after that, but for years it would rarely materialize because real life tended to intervene.

However, things started to turn for the better as our kids got a little older and started getting infected with the camping bug like we were for so long so young. We’d share pictures of our family camping trips and even had the opportunity to steal away for a couple duo trips to nearby camping sites in the Pacific Northwest.

Out of the blue in the midst of one of those camping trips, he had an idea – how about we join family forces and have one giant camping blowout a few weeks after we returned?

Making Due With What We Had

I was excited about the idea right away. Yet, I started to feel a little bit off about it on the drive home. While I was lucky enough to have enough free time as a freelancer to round up my family and take them camping pretty often, things were a bit tight from a money standpoint at the time.

The 3-4 person tent that my family used was decent enough but was getting to the point where it wasn’t a sure thing against the elements. Any time I went camping with my best friend, we always used his gear. I was a little bit reticent and embarrassed to break out my barely functioning old tent with the quality of his gear.

Summer was quickly turning to fall and the chance of storms during the trip started to make me nervous. I could probably swing buying another tent but things were just barely clicking financially as they were. I didn’t want to broach that subject with my wife when I was just as stressed out as she would be with the idea of such a non-essential purchase of sorts.

Oddly enough, I think my friend sensed my worry. We hadn’t really talked too much about my financial situation but he had always gone out of his way to take care of things when he sensed I was struggling a bit.

A couple weeks before the trip, he texted me out of the blue and asked, “Would you mind if I bought a giant tent for both of our families to use? I think it would be cool for everyone to bond and have that.”

I didn’t want to show it too much but tears welled up. Our kids always got along when they hung out and played together. It would be awesome to give them that time while camping together and enjoying the same experience.

And, it would be nice to be dry!

The Tent Which Weathered The Storm

When we got to the campsite that weekend, the seven of us as a dual family brigade were chattering with excitement. We were also chattering because of the cold. It was just a touch over 50 degrees when we finally made it to camp and it didn’t appear a warm front was coming in anytime soon.

I hadn’t seen the tent he’d bought yet and I was stunned when we finally started to set it up. The Coleman 8-Person Red Canyon Car Camping Tent was such an easy tent to assemble for being such an absolute behemoth. 17 by 10 feet with a massive 72-inch center height, this tent is and was the camping equivalent of a mansion in the Hamptons.

Remember how cold it was when we started setting up the tent? The rain started to fall shortly thereafter and the temperature dropped even more. Our plans for a campfire were abated for the time being, and all of us were pretty frozen and wanting to stay indoors.

Luckily he bought the most weather-resistant, temperature-controlled tent he possibly could. We were all blown away at how well the tent held up against the rain. It even started hammering the tent at an angle with nary a drip coming through.

I learned later that Coleman was known for their Weathertec System in weatherproofing their tents, but all I felt then was sincerely impressed.

Staying Warm All The Way Through The Night

It did get a little drafty at first as the wind started to kick up, but there was a solution to be had in the most magical tent I’ve ever had the privilege of making camp with.

The Coleman 8-Person Red Canyon Car Camping Tent comes complete with the Variflo adjustable venting system. What that meant at the time was that we could actually curb the cold air flow coming through the vents as the wind started to whip up something fierce.

All of a sudden after a little bit of tinkering, the tent went from being pretty dang cold to being nearly as warm as a hotel room would be under the circumstances. In fact, the long camping trip and the newfound warmth started to put us all to sleep one by one.

In short, this tent was the perfect tent for the weather and the ends of getting our families together for one amazing dual camping trip. I’ll remember that camping trip forever, especially since I used a later windfall of freelance cash to buy our very own version!

Maybe we can get two other families together someday and have dueling tent mansions at some awesome campsite around the United States. One can hope.

We may earn a small commission when you click on a link to a product page. This won't affect the price of the product that you pay, but helps keep the lights on here at Techie Camper. This commission helps us to continue providing valuable camping content to help readers like you!