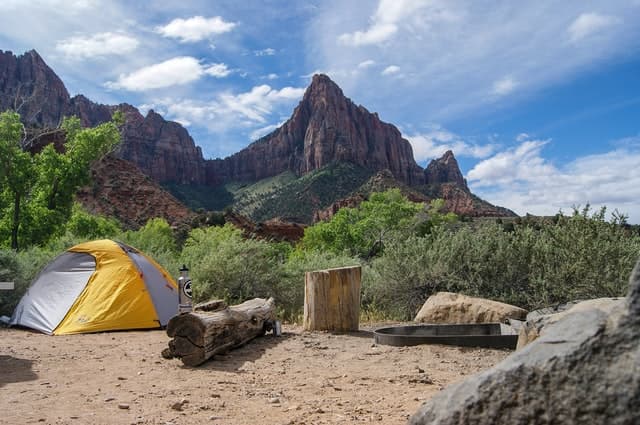 Camping With a Crawling Baby: Must Know Tips

How To Sharpen A Knife While Camping

A Look at the Best Camping Baby Cribs

How to Keep Bugs Off Your Baby While Camping

Camping With a Baby Hacks

10 Tips for What NOT to Do While Camping: Avoid the Beginner Mistakes

Camping can be an exciting time for the whole family, but it is important to remember what NOT to do while camping. There are a lot of beginner mistakes that people make when they go camping for the first time. Keep reading this article and you will find out what not to do while camping!

Plenty of campers make mistakes when they start, but we’ll help you to avoid some of these annoying pitfalls that even some of us camping veterans will go through from time to time.

Avoiding the beginner mistakes of what not to do while camping is a great way to ensure that you have an enjoyable experience. You’ll be able to avoid these pitfalls and get settled into camp life in no time!

Don’t rely on your sharp wit or memory to make sure you’ve packed all the camping gear that you need. Even experienced campers forget at least one thing they need while packing, and it can be a nightmare to realize the night before that you forgot something.

Make a list of everything you’ll need. You’ll find that doing so will also remind you to bring things you hadn’t thought of yet. We highly recommend creating a digital version of your checklist that you can keep on your phone. Use the Apple Notes app or something similar so that you can edit it over time. This way, you can continually pull up and improve that list instead of having to build one from scratch with every camping trip.

Water is especially important and if you don’t pack enough, you’ll have to cut your camping trip short. You should bring at least one gallon of water per person, for three days or more.

Keep in mind that remote camping locations may not have accessible fresh drinking water and you’ll need to either pack what you can carry with you (a heavy load) or find natural sources along the way.

Also, make sure you have more than enough food. Plan out every meal beforehand and all the ingredients that you’ll need to make it. On top of that, make sure to keep around plenty of snacks.

Bring food suitable for hot and cold temperatures – Avoid packing solely soup packets as lunch because they start tasting yucky after sitting out too long in the heat. Or pack meals like sandwiches which can easily go from being eaten on ice packs at noon up into an airtight container later

Don’t arrive at your campsite after dark

Campsites can be a nightmare after dark. If you’re lucky enough to find the gear that’s been packed away deep in your car, it’ll take some time for you to get it all set up and ready before night falls. And if this isn’t bad enough already; not only will getting situated at night make yourself more tired than usual, but there are also other campers who likely have had an eventful day of activities – they won’t appreciate being woken by someone else setting their tent back up from scratch! So what do we suggest? Try packing light so as not to spend too much time looking through bags when dusk comes around or start with any unpacking out on site during daylight hours once arriving

Do not forget to pack waterproof or warm clothing

Temperatures and weather can change in an instant. Regardless of what the Weather Channel says about the upcoming weather, if it rains and you don’t have waterproof gear, you’re going to be pretty miserable for the remainder of your trip.

Also, be prepared for cold weather – it may seem like a no-brainer to pack warm clothes but what if you’re camping in the desert and don’t need too many bulky items? Try packing versatile clothing that can work as “layering” or multi-purpose.

You’ll also want to make sure your tent is waterproofed! You don’t want to wake up on day three of your trip with wet gear because some rain leaked through. Sleeping bags are really important too so either wrap them in plastic before storing away or invest in one with its own storage bag. And remember, sleeping pads are not optional!

To avoid those pesky bugs attracted by light wear mosquito netting over headwear such as caps and bandanas at night.

This seems like it should be obvious, but even seasoned campers sometimes leave the important things behind. You don’t want to get caught out in the wilderness without one!

They’re an invaluable resource when something goes wrong while out in the wilderness. Make sure it has everything from adhesive bands and antiseptic wipes to tweezers and a sterile needle so that anything minor doesn’t turn into major trouble. This is also important if someone isn’t feeling well enough to hike back – they could be risking their lives without having taken precautions ahead of time!

Camping usually involves being outside for long periods of time. If you start feeling sick or injured, it may be difficult to get help quickly. This is why packing a first aid kit is important.

This is so, so important for all you new campers that are buying new camping gear for the first time. Make sure you open and try out all the camping gear, especially the important ones like a tent or sleeping bag. All too often, you’ll show up and find that your camping gear is defective or missing a crucial part (we’ve had tent stakes go missing). and you’ll get stuck with a tent that doesn’t have the proper number of stakes.

Do not get lost by yourself

Thinking about taking a nice, long walk out in the forest by yourself? Wrong! This is the quickest way to get lost or hurt. Stick with your group and don’t wander off on your own. Go in groups and make sure you know which way you came from. If you plan on blazing your own trail, leave markers or keep mental notes on landmarks so that you can find your way back.

If you want to explore, stick close to camp and stay on well-marked trails. Find the best view of a waterfall or lake? If it’s not marked, don’t go there! You’ll be risking injury by getting lost in unfamiliar territory. Campsites are designed for safety reasons so follow their lead. Keep away from wild animals at all times.

Do not leave food out

When you’re camping, you’re sharing the outdoors with wildlife. Leaving food out is a big mistake when camping. Bears, raccoons and other animals are drawn to any food you leave out. You should store your food in the car or high up off the ground when camping.

Look for a camping cooler that is rated to withstand bears. This means that the lock mechanism will stay closed and animals will not be able to make their way into it.

When using bear lockers, never leave anything outside that could attract wildlife such as trash cans full of garbage or pet food dishes out all night long

Don’t be a bad neighbor

If there’s no designated campsite available, avoid settling down on someone else’s space without asking permission first. This includes parking near other cars when driving around looking for a spot too! Many people are camping to escape other people and just want to be left alone.

Some final words of wisdom for you beginner campers:

We may earn a small commission when you click on a link to a product page. This won't affect the price of the product that you pay, but helps keep the lights on here at Techie Camper. This commission helps us to continue valuable camping content to help readers like you!