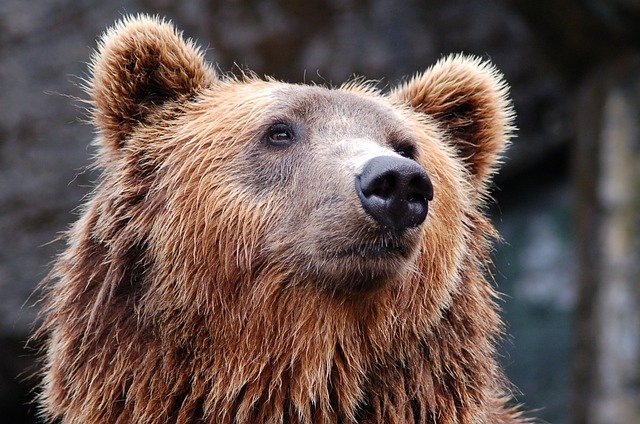 Best Dog Camping Mats Your Dogs Will Love You For

Best Camping Watch Under $100 [Affordable Alternatives with Plenty of Options]

How To Keep Bears Away When Camping

While bears are fun to visit in a zoo or similarly controlled environment, coming face-to-face with a grizzly in the wilderness isn’t what we’d consider a good time. While it’s likely that any bear you encounter will be more scared of you than anything else, a frightened 250-pound bear is still an extremely dangerous proposition for an unprepared hiker or adventurer.

Regardless, you shouldn’t let the threat of a bear attack dampen your camping plans. Violent bear encounters are few and far between, and they’re quite preventable if you’ve got a basic understanding of what to do and what not to do in a bear-filled camping area.

15 Tips For Keeping Bears Away From A Campsite

What Attracts Bears To Campsites?

Think like a bear for a minute. If you lived near a campground where food is plentiful and often wasted by campers in large amounts, why would you go through all the trouble of killing your dinner when a potential feast is right there waiting for you?

Bears are predators. They are driven by the need to survive and the desire for a good meal. And their idea of a tasty brunch or early supper is a bit different than yours. While normal food items such as raw meats, fruits, vegetables, and sweets are liable to capture a black bear’s attention, their idea of what’s worth eating goes far beyond those tasty treats.

Here’s a list of other edible items that bears might be attracted to when sniffing around your camping grounds:

In short, anything that smells interesting might be considered food by a hungry bear. The better that you control your environment and limit the range of scents that might stoke a bear’s curiosity, the better chance you have of keeping an unwanted furry visitor from making a campsite cameo when you least expect it.

How To Survive When Encountering A Bear

While it ultimately depends on mood and circumstance, most bears actively try to avoid humans as much as they can. They’re usually more interested in the smelly stuff you’re packing in and out of a campsite than you.

Most bear encounters are brief, peripheral, and end with the bear running away. If you have a brief meeting with a bear that ends with it fleeing the scene, take special care not to facilitate another meeting. If the meeting was at your campsite, that means either moving to a different spot or taking extra care to limit scents that might be attractive to other bears.

And if you have your dog with you on your camping trip, always make sure they are leashed or within distance to brush them away from any bears.

If a bear doesn’t run away, you need to remain calm. Don’t run and don’t audibly freak out and/or scream. A fear response like that could trigger a bear into confusing you with prey. And that’s not a position you need to put yourself in.

When a bear doesn’t flee, the hope is that it’s indifferent to your presence.  Do your best not to threaten the bear, talking to it while backing away slowly. If it backs away when you back away, repeat the process until you’re a safe distance away.

If it starts to approach you with any of the following predatory behaviors, you may need to change your tact:

In this case, you’ll need to stand your ground and double down. Stand up straight and wave your arms slowly yet confidently. Yell at the bear in a firm voice. Wave a stick if you have to. Also, get a hand on your bear spray just in case. The more you can mimic a fellow predator, the better chance you have of getting a predatory bear to back off.

If this tact doesn’t work or the bear seems more territorial and spooked than anything else, your last resort is to sprawl on the ground flat, taking care to position your arms to protect your neck and head. If you’re wearing a backpack, keep it on to limit potential attack areas on your body.

If the bear attacks, try to keep this position and remain calm. If it appears to leave the area, make sure it has before getting up. You don’t want to accidentally trigger its fear or predatory response for a second time.

Bear attacks are exceedingly rare. But, they’re a real possibility if you’re in the wrong spot at the wrong time. Take the precautions listed above to protect yourself and your loved ones from potential bear encounters on your next forest camping trip. A little bit of preparation and mindfulness could spell the difference between a fun weekend and a horrifying experience.

We may earn a small commission when you click on a link to a product page. This won't affect the price of the product that you pay, but helps keep the lights on here at Techie Camper. This commission helps us to continue valuable camping content to help readers like you!